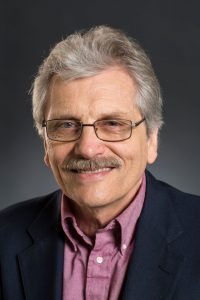 David Bosworth’s fiction, poetry, and literary and cultural essays have been published in numerous journals, including “The Agni Review,” “Salmagundi,” “Ploughshares,” “The Public Interest,” “The Georgia Review,” “Raritan,” “Society,” and “Sinn und Form,” the journal of Germany’s Academy of the Arts. His collection of short fiction, The Death of Descartes, was selected by Robert Penn Warren for the Drue Heinz Literature Prize and won a special citation from PEN and the Ernest Hemingway Foundation. His novel, From My Father, Singing was a recipient of the Editors’ Book Award. Bosworth’s work has been reviewed or discussed in Newsweek, New York Times Book Review, U.S. News and World Report, The Washington Post, The Nation, and elsewhere. He has given readings, lectures, held workshops, and conducted colloquia at various locales, including Harvard University, Pomona College, Boston College, University of Louisville, and the New America Foundation.

Over the last fifteen years, he has contributed to a number of collective projects on cultural change in America, studying topics such as the fragility of the American family, the prevalence of adult immaturity, the demise of thrift as economic value, and the corporate invasion of public spaces. Two books of his—The Demise of Virtue in Virtual America: The Moral Origins of the Great Recession (Front Porch Republic, 2014) and Conscientious Thinking: Making Sense in Post-Modern Times (University of Georgia Press, 2017), historical studies of cultural change written in a literary style—are the culmination of that work.

A graduate of Brown and resident of Seattle, Bosworth is a professor in, and the former director of, the University of Washington’s Creative Writing Program.